Preamble: World Radiography Day (WRD) as Radiographers in Nigeria, and on different corners of the globe call it, is a special and treasured day. It is considered, and celebrated as, the professional birthday of the Radiography profession. That day, for  the  the  avoidance  of  doubt, is 8th November.

We are convinced that the keyword is Radiography and nothing else, since Radiology, Radiation Science, and, or Medical Imaging were subsequent, serendipitous evolutions, consequent on that spectacular and history-changing happenstance of the late 19th century.

What actually happened? A 50-year old German researcher who trained as a physicist, and was  appointed professor of  Physics at 30 years, Wilhelm Conrad Roentgen, accidentally  discovered  a  hitherto unknown  electromagnetic rays.

That singular feat, by that great mind, opened up a whole world of possibilities in the  sciences and medicine. The discovery was so profound that the discoverer won the first Nobel prize in Physics 6 years later (1901). Documented evidence abound to confirm that his wife was his first 'patient', with a popular radiograph of a ringed finger available as evidence.

Sadly, Roetgen's wife and himself  were  radiation matyrs,  as they fell under the heavy blow of the sledgehammer of carcinoma in 1919 and 1923, respectively.

As mortals whose training and livelihood is built on that miracle of the evening of  Friday, 8th November, 1895, marking that day in fanfare, glamour, and with visible impact on the society, is our mimimum obligation. The emphasis is however, on the discovery, rather than the discoverer who has been adequately immortalized. He won the first Nobel prize in Physics, a chemical element (111, Roentgenium) was named after him by IUPAC in 2004, a statue stands regal in his honour in Germany, amongst other garlands.

WRD Celebration is A Mandate/Mandatory for Nigerian Radiographers

The national ARN mandates every state of Nigeria where there are atleast 5 radiographers to  mark that anniversary. It would be unimaginable for a trained radiographer who has been â€˜found worthy in character and learningâ€™, to be indifferent to that professional birthday. We urge those alone in their locality, since that is a possibility in our clime, to find a way to give back to society using their skills or their assets.

From the national headquarters of the ARN, the marking of  WRD is strong proof  that a state have radiographers who are alive to their responsibilities.

There shall not be a separate theme for WRD from that of the international society of radiographers and radiologic technologists (ISRRT). The ARN concedes that prerogative to them. Maintaining uniformity in times like this will likely consolidate the impact of the occasion, and send a strong message to the society about our common aspirations.

Subthemes could however, be built around â€˜safetyâ€™ and â€˜careâ€™ which are the keywords in the theme. But the logo and global theme should appear on whatever may be printed or designed.

Our guiding principle is one profession, one collective destiny, one message.

And like the former ARN President, Prince  Ayo Okhiria would preach, â€œWe are stronger together.â€

Thank you, great and diligent colleagues.

Manage news and events for Radiographers Registration Board Of Nigeria Journal. 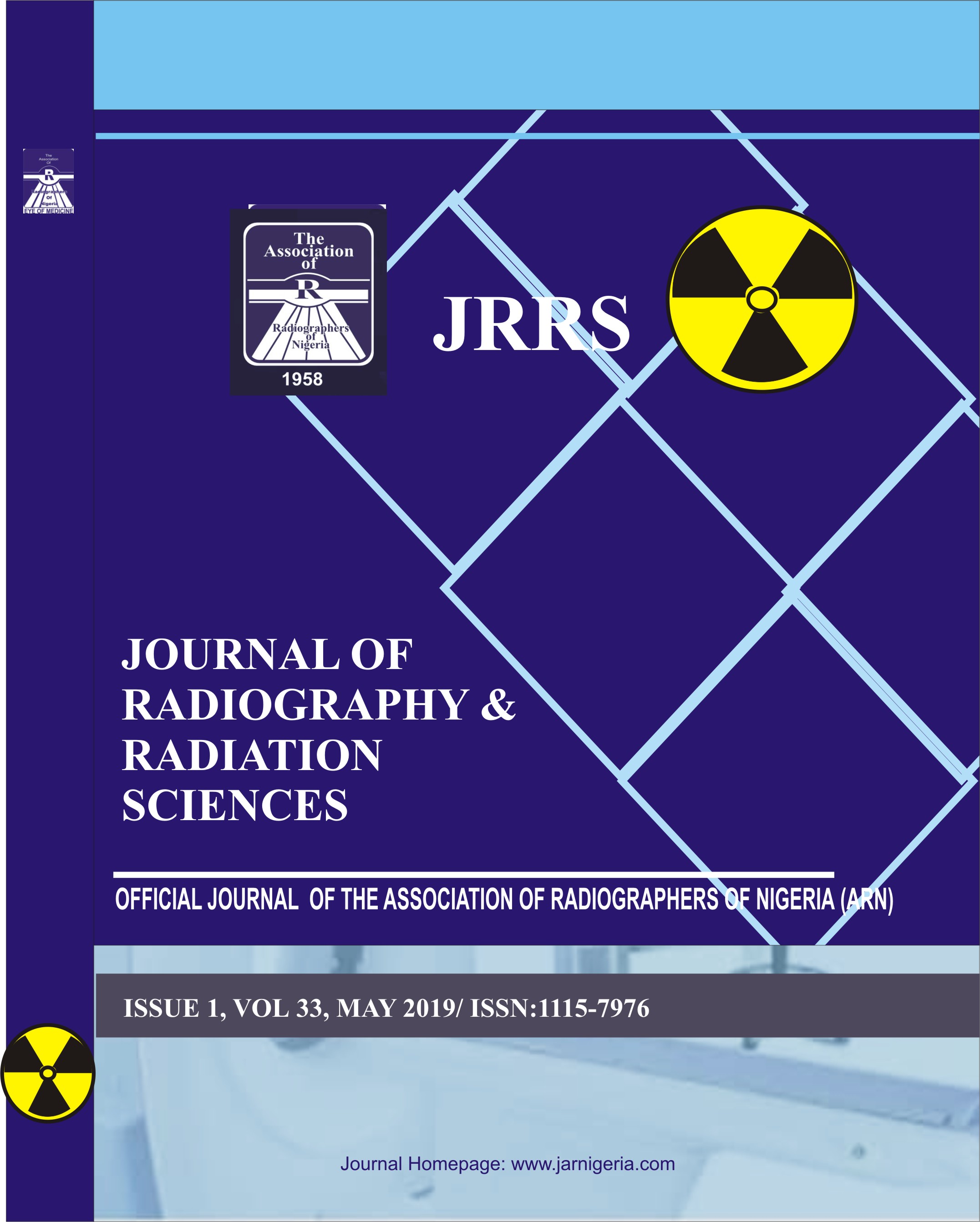 Question Of The Week

In film radiography, the penetrameters are mostly placed?